Rome, Italy’s capital, is a sprawling, cosmopolitan city with nearly 3,000 years of globally influential art, architecture and culture on display. With ancient ruins such as the Forum and the Colosseum showing the power of the former Roman Empire. Vatican City, headquarters of the Roman Catholic Church, has St. Peter’s Basilica and the Vatican Museums, which house antique masterpieces such as Michelangelo’s Sistine Chapel frescoes.

One of the most fascinating cities on earth, Rome is considered to be one of the most important centers in the history of Western Civilization. It is known as the “Eternal City” because it continually unfolds to visitors and even those that live there. There is no possible way to see all of Rome in a week or two. You may need a lifetime to discover all that Rome has to offer, but you can definitely see many of the major highlights in a couple of days.

Typical Local Food and Wine
Lazio has a predominantly hilly terrain, ideal for cultivating vines and olive trees, while its coastal areas produce cereals and fruits and vegetables. Breeding is also very important, specialising in sheep and buffalo, from which the famous mozzarella cheese is made. Typical Lazio dishes are mainly fruit, vegetables and dairy based, such as Pecorino Romano Dop, but olive oil is also very important. Lazio viticulture produces numerous Doc wines, especially white wine, among which we can include the famous Est! East!! Est!!! di Montefiascone and il Colli Albani. 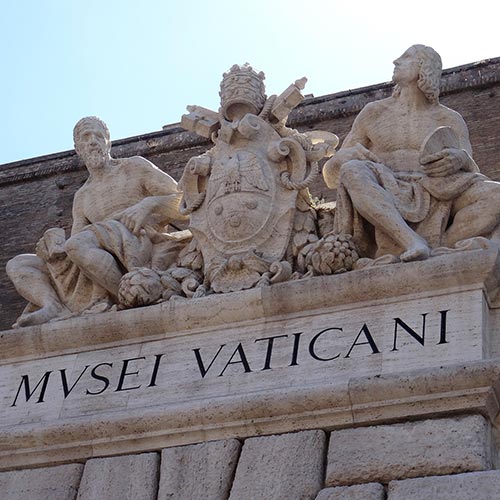 Not only does the Sistine Chapel hold some of the world’s most precious works of art, it is still being used for religious purposes today such as the Papal conclave (the age old process through which a new Pope is chosen). For all of these reasons the Chapel is one of the most crowded section of the Museums.

After admiring the Chapel as a VIP, you will have all day to explore the rest of the Museums at your own pace. 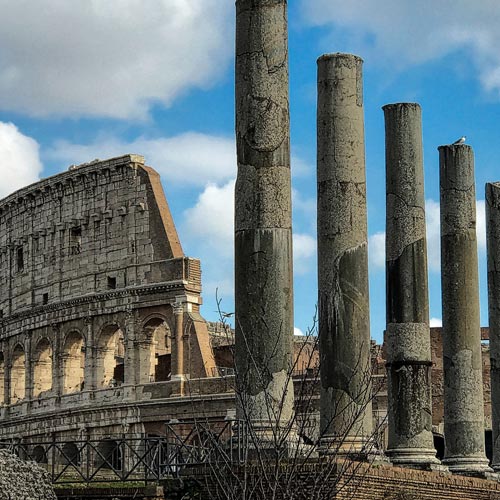 You may have seen it now get ready to experience it! Come jump into Roman history and discover the “Anfiteatro Flavio”, the Colosseum or Coliseum, also known as the Flavian Amphitheatre, is an oval amphitheatre in the centre of the city of Rome, Italy. Built of concrete and sand, it is the largest amphitheatre ever built in the world!

You can choose this tour if you want to be free to reach the Archaeological area at your own pace and get the most complete tour of the Colosseum, Roman Forum and Palatine Hill. 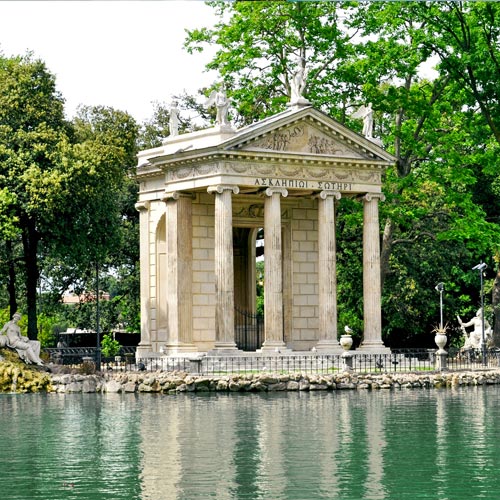 Borghese Gardens & Picnic in the Park

Villa Borghese is a landscape garden in naturalistic Rome, containing a number of buildings, museums and attractions. It is the third largest accessible public park in Rome after the ones of the Villa Doria Pamphili and Villa Ada.

The Borghese Gallery features a vast collection of sculptures and paintings made by legendary geniuses and masters such as Caravaggio, Bernini and Titian. From the Gallery you will be taken for an enchanting walk through the Borghese Gardens (Villa Borghese): this is one of the favorite parks for all Romans and it’s a real paradise in the heart of the Eternal City. Our tour ends with a breathtaking view from atop the Pincio Terrace. 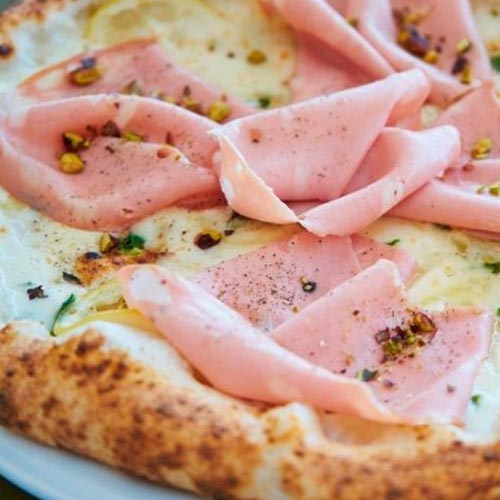 It’s been rated as experience of a lifetime taking a nice stroll through Rome’s enchanting squares and neighborhoods while tasting your way through some of the city’s best shops, restaurants, and markets, discovering firsthand the secrets of world-renowned Italian cuisine.

Then you will get to, experience Jewish ghetto food specialties: fried artichokes and fried codfish. Savor an artisanal gelato tasting alongside tips and history of food in Italy 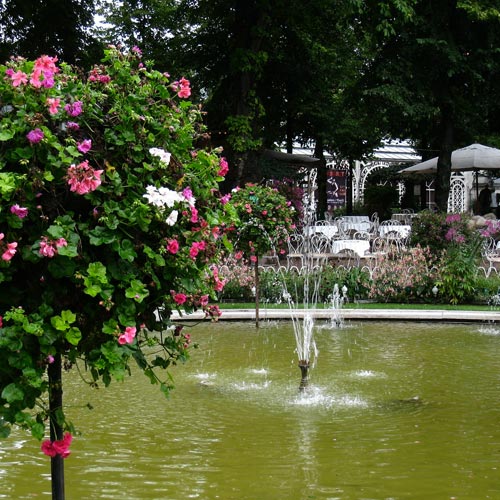 Tivoli and its Villas

Visit Tivoli, a town and comune in Lazio, central Italy, about 30 kilometres east-north-east of Rome, at the falls of the Aniene River where it issues from the Sabine hills. The city offers a wide view over the Roman Campagna. Tivoli is an ancient resort area famed for its beauty and its beautifully clear water, enriched by many Roman villas, the most famous one, of which the ruins remain, is Villa Adriana. Come visit the little town of Tivoli, located few kilometers far Rome, in a splendid natural environment between the Eternal city and the high hills to the east of Rome. The most remarkable architectural complex is the Villa Adriana, dating from Ancient Roman times, built in the 2nd Century A.D. by Emperor Hadrian. The Villa Adriana combines different architectural styles from across the world including Egypt, Rome and Athens, in the shape of an “ideal city”. You mustn’t miss a visit to this masterpiece that uniquely brings together the highest symbols of different cultures of the world in ancient times. Then you will view the Renaissance-style Villa d’Este, a gorgeous palatial setting surrounded by spectacular terraced garden. You can experience the beauty of its cascades, water tanks, and fountains. Villa d’Este is a masterpiece of the Italian Gardens, decorated with a massive and impressive number of fountains nymphs, grottoes and fountains, inspired by the gardens of Babylon, one of the wonders of ancient world. 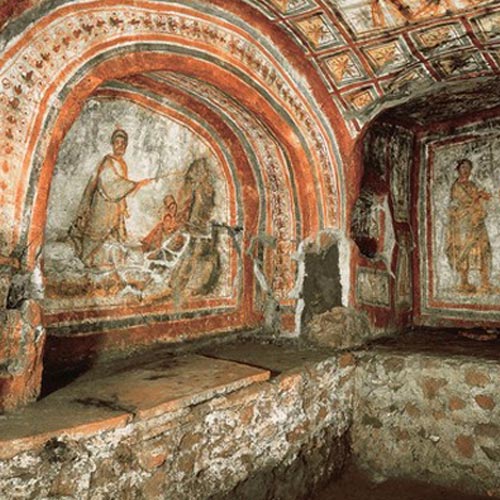 Experience a delightful journey through the Basilicas, Catacombs, and ancient streets of Rome.

You will get to see the Holy Staircase and visit inside the Basilica of St. John in Lateran, the Cathedral of Rome, and St. Mary Major, then proceed along the Appian Way, passing the Chapel of Domine Quo Vadis before finally arriving at the Catacombs, the ancient underground cemeteries and hiding places of the Christians.

Hotels
There you find our hotel collection. More accommodation available on request. 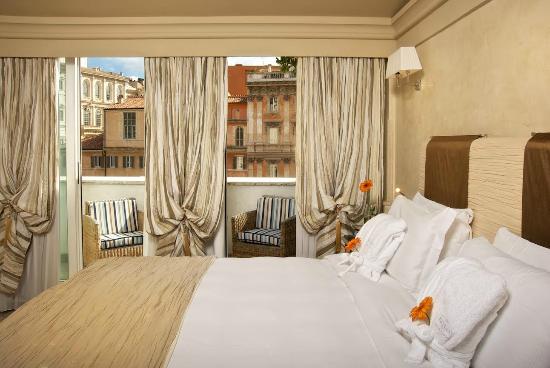 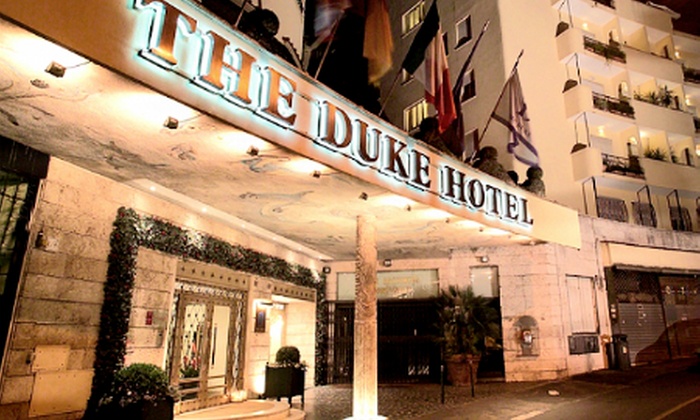 One of Rome’s finest exclusive hotels, the Duke Hotel is located in the center of the exclusive and upscale residential area of Parioli. With rooms featuring warm furnishings and wooden floors, the elegant rooms and suites come with free Wi-Fi, flat-screen TVs and soundproof windows; some have city-view balconies. 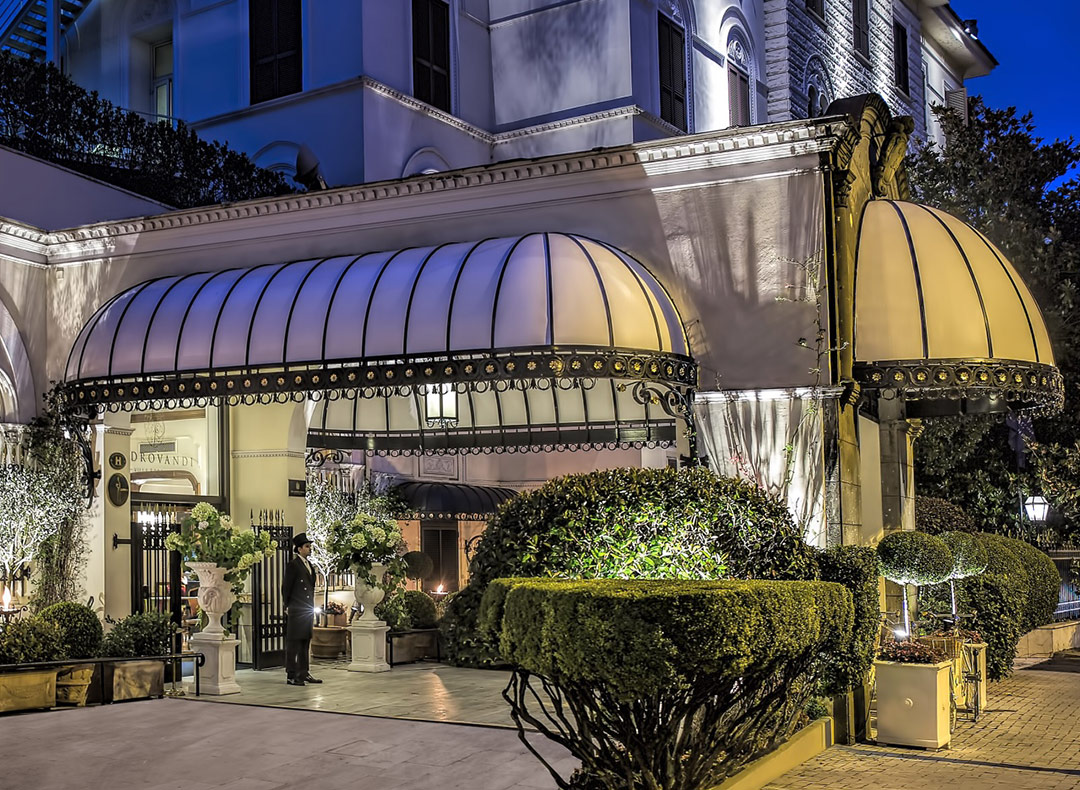 Located in the city center, this beautiful 19th-century ivory villa is a 14-minute walk from a metro stop and 5 km from the 1st-century Colosseum. The upscale quarters are decorated in soft colors, and feature free Wi-Fi and flat-screen TVs. Room service is available all day.